The Acacia Tree stands against the backdrop of the world. The Acacia tree is native to Africa and Australia. As such, it is a fitting symbol for the growth of indigenous churches that flourish in their native settings throughout the world.

who we are and what we do

Dane Fowlkes and David Neely served as missionaries in Kenya with the same mission agency in the decade of the 1990's. During that time they engaged in numerous discussions concerning the necessity of national believers to transition from solely being recipients of mission. Both taught for Kenya Baptist Theological College and dreamed of students catching a vision for indigenous church planting. In 1998, Fowlkes taught an elective course entitled "The Unfinished Task," in which students were challenged to move from being the beneficiaries of mission to serving as agents of mission. That experience led Fowlkes to move to northern India, and begin researching indigenous church planting movements.

The Unfinished Task Network was born in the heart and experience of Fowlkes and Neely, and is positioned strategically to make a positive difference as a partner with Affecting Change International​. 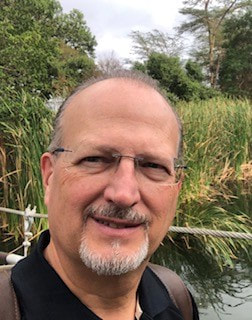 Born in New Orleans, Louisiana, Dane Fowlkes spent his formative years in Port Arthur, Texas. Dane graduated from Thomas Jefferson Senior High School in Port Arthur, and then went on to graduate from East Texas Baptist University. He later completed a Master of Divinity degree in missions and evangelism from Southwestern Baptist Theological Seminary, and Master of Theology degree from University of South Africa. He served as pastor of several churches throughout Texas before being appointed for missionary service by the International Mission Board in 1993. He served as instructor at St. Paul's United Theological College near Nairobi while in language school, and then moved to his first mission station in Meru. Fowlkes worked with an unreached tribe in northern Kenya and helped train indigenous churches around Mount Kenya to establish new ones, later becoming dean of Kenya Baptist Theological College and leading a national program of theological education for pastors. After eight years in Kenya, he moved to Ahmedabad, India as Strategy Coordinator for Gujarati Hindus.

After returning to the United States from missionary service, Fowlkes completed the Doctor of Philosophy degree in missiology from the University of the Free State in Bloemfontein, South Africa. He served for fifteen years at East Texas Baptist as Chaplain of the University, Interim Vice President of Spiritual Life, Assistant Professor of Religion, and Associate Vice President for Development. Dr Fowlkes currently teaches as adjunct faculty member for the Master of Arts in Global Leadership program of Dallas Baptist University. He has two published books to his credit, and has presented papers and been featured speaker at numerous professional missiological meetings and conferences both in the United States and internationally.  He is fluent in Swahili, and reads from his Swahili Bible to begin each day.

In addition to his leadership role with the Unfinished Task Network, Dr. Fowlkes works with an international relief agency. He lives in Waco, Texas with his wife Jo, and Rhodesian Ridgeback Misha Kalahari.  ​ 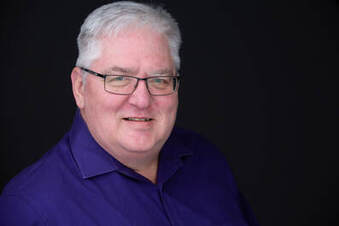 Having traveled extensively throughout  Sub-Saharan Africa, Central and Eastern Asia, and Canada,  David Neely leads the international nonprofit Affecting Change International.  In the past several years, Neely has led ongoing ACI involvement in Kenya, India, and the United States.  He has  been an annual speaker at the  Infopoverty  World Conference of the United Nations since  2006 and is currently part of The University of Oklahoma Public Service Institute's Multi-Stakeholder Partnership Consortium.

Having lived and worked in East Africa for eleven years, Neely held a number of leadership positions within the nonprofit community,  including Executive Director of Brackenhurst International Conference Center in  Kenya, Logistics Coordinator for the Northern Frontier Cluster of the  International Mission Board in Southern Sudan where his team ran a local hospital and airstrip, Northern Uganda, and Northern  Kenya, Director of Operations and Development for Rosslyn Academy in Nairobi, to  name a few.  Early in his professional career, Neely held positions in  municipal and federal government, the petroleum industry, and owned two  privately held businesses.

Neely received a Bachelor of Science degree in Education  with a concentration in Adult Education, Training, and Development from the  University of Oklahoma, studied Missions and Evangelism at Midwestern Baptist Theological Seminary, and he also holds a Master of Arts in Interdisciplinary Studies from Trinity Theological Seminary.

In addition  to his leadership role with the Unfinished Task Network, continues to lead  ACI projects, and is on the pastoral team at  Blue Valley Baptist Church, in Overland Park, Kansas. He lives in Olathe, Kansas with his wife Phyllis.

​Born and raised on the Texas Gulf Coast, John Hollan spent his early life cultivating a love for music and art. It wasn’t until he finished high school, however, that he came to understand how the Lord had uniquely gifted him to serve in the local church. Although he holds a Bachelor of Church Music with emphases in voice and piano from the University of Mary Hardin-Baylor, he counts himself first a pastor, then a practitioner. He has been blessed to serve long tenured ministries in three churches across more than thirty-four years, having recently marked his ten-year anniversary as Pastor of Worship at Blue Valley Baptist Church in Overland Park, Kansas.

While his ministry functions primarily through the local church, John has a genuine heart for the global work of missions, and specifically for helping people groups around the world to marry their indigenous worship voice with a well-grounded and biblical theology of worship. He counts himself a learner in this endeavor as much as a facilitator of it. His most meaningful mission experiences have taken place in Eastern Europe and Africa. Additionally, he has served in various denominational capacities across the years of his ministry, presently serving on the Executive Council of the Southern Baptist Church Music Conference as a representative to local churches and as conference breakout leader.

In addition to his roles with Unfinished Task Network and his local church ministry, John maintains a very active presence in the fine arts and theatrical communities of Kansas City as a makeup designer and character stylist. He and his wife, Melinda, have three daughters and make their home in Olathe, Kansas. 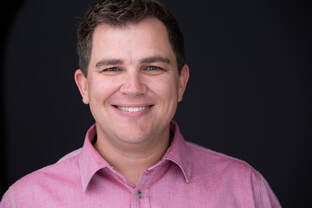 ​​Jack of all trades, Jonathan Lock joined the UTN team in 2019 to document and communicate the UTN mission. Jonathan spent his youth in the state of Kansas where he surrendered his life to Christ in 1997. His passion for photography and the arts took him to Carson-Newman University in east Tennessee where he heard his calling to ministry. The day after graduating, Jonathan took his first ministry position as a student and music minister in Gainesville, TX and started to attend  Southwestern Baptist Theological Seminary.  After graduating with a Masters in Christian Education and serving churches in Arkansas and Georgia, the Lord led him back home to Kansas, where, after serving as Student Minister for 8 years, he now serves as the Campus Pastor for one of the Blue Valley Baptist Church campuses.  Jonathan has a passion for discipleship and for using his skills to make sure everyone is growing closer to God and to one another.

In addition to his roles with the Unfinished Task Network and his local church ministry, Jonathan stays actively engaged with his community and maintains involvement in local schools. He lives in Stilwell, Kansas with his wife Jayme and their two children, Andrew and Abbagail.